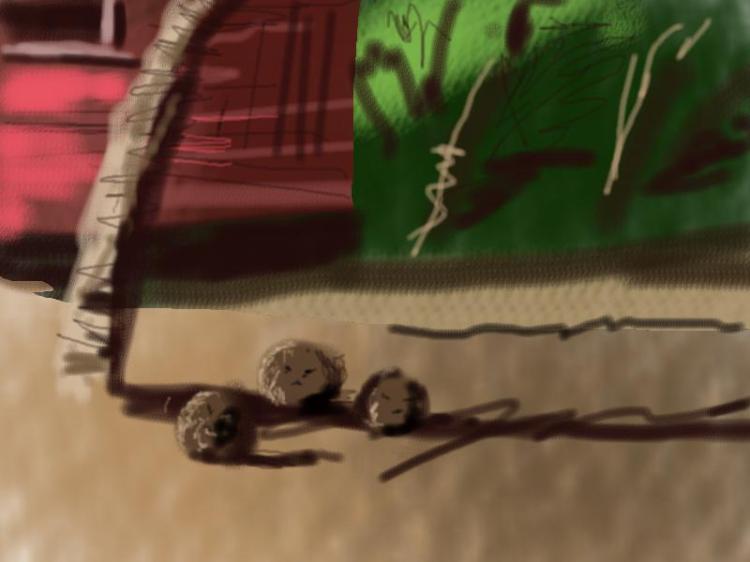 I saw some kind of disturbing stuff about Everest recently. Feeling a little morbid.

Pithy Part 1: at War with the Coconuts

How to open a coconut.

The nut and the husk are primary, the husk a thick covering of fibrous material with a burnished shell around a smaller round nut with meat and water.

Opening a green coconut: find a rock. Commence hurling till lengthwise cracks appear. Grab the edge of a crack and give the triceps a workout. Smudge the partially cleared husk fibers against the rock to break apart the stem till the smug and pugnacious little face of two eyes and a mouth appear on the round nut where the stem was.

Opening a resilient and dried brown husk: find a sharp stick and pry.

Once clear of the fibers, the little stem face will provide the water.

A lateral line of dents around the nut with a sharp rock edge makes two easy halves for eating the meat.

Behold the machete. Easy. One go at an end of a green husk cuts a drinking hole in the nut, leaving a tip of shell like a spoon to scoop the middle.

Avoid a hammock between palms. An unannounced drop by a hefty and remorseless hunk of green organic material, having matured in the tropical breeze and bearing a smug and pugnacious little face, is sure to produce an unhappy dent in trade wind dreams.

At such a point, find a rock, commence to hurl.

Of course, none of this will ever hear you.